How to use streams in Node.jsIntro to modern JavaScript frameworksChoosing a database for your Node.js app

Node.js
Building applications is more than just meeting the client's needs. Due to the large system size, developers face various challenges, including the maintenance of the codebases, the implementation of new features, bug fixing, and managing user roles. At scale, these considerations are non-trivial, and developers have to use various methods when architecting systems to avoid them.
Monolithic applications commonly encounter these problems, and distributed systems are typically used to alleviate these issues. A distributed system consists of various components spread out over the network that function independently. A distributed application consists of several loosely coupled microservices that work together to meet the user’s needs.
In this article, we will demonstrate how to get started building microservices with Node.js.

Understanding microservices architecture and how they work

Microservices are an evolution of service-oriented architecture that structures an app as an assembly of standalone interconnected services that communicate via various network protocols such as HTTP. Today, most cloud-based apps that expose a REST / GraphQL interface are built using microservices. Since microservices are loosely coupled and have a clearly defined purpose, the application is easier to manage and understand. Here are a few key benefits of using a microservice-based architecture:

Microservices aren’t a great tool for all scenarios, and in some cases, monolithic architectures can be more efficient. For instance:

Node.js has become a popular language for enterprises and startups who want to embrace microservices. There are several reasons why:

To follow along and get the most out of this hands-on tutorial, familiarity with JavaScript and basic knowledge of HTTP requests is essential. We’re going to model a real-world microservice using Node.js consuming an external API, ZipCodeAPI.com.
To get started, you need to ensure you have Node.js installed. If you do not have it installed, follow the instructions in the Node.js documentation.
In your terminal: 1. Create a directory called microservice, and go into that directory. 2. Then use npm to get the required dependency packages (Express and Request). Express is a backend framework for Node.js and Request is the package that will enable you to communicate with the external API.
To install the packages in your terminal, execute the following command: npm i express request --save
The i is an abbreviation for install, and the --save attribute enables the packages to be added as dependencies in the package.json file. Although the later versions of npm packages are added automatically, it's still safe to include the --save.
An additional package npm produced is the node_modules. It is a directory that houses the external modules that your project needs.

Setting up the server

From the tree structure of our project above, create an entry file called server.js that will be executed when our server is started. In the server.js add the code below:
We make the routes available in our primary file by requiring it and passing the app instance into the routes object. In the next step, we will show how to define the routes file. When the server is run, the app will start listening on port 3000 or any other port specified in the PORT environment variable.

In our api_routes folder, we create a file called routes.js and add the code below to it:
The routes file specifies our two endpoints : /about and /distance/:zipcode1/:zipcode2.
The /about endpoint will specify the application details.
The /distance endpoint will be used to compute the distance in miles between zipcode1 and zipcode2 using the external API returning the distance between the two ZIP codes for us. The implementation of these endpoints is in the controller file, which we’ll get into in the next step.

A controller object in Node.js interprets user intent and handles requests received by the routes module created earlier. Create a new file called controllers/appController.js and add the following code.
The controller file has two functions, about() and getDistance().
The about function accepts two arguments, a request-response pair. The name and version values are stored in the package.json properties.
The getDistance() function also has two arguments, a request and response pair. It calls the find API defined in the services folder.

For us to make the API call, we’ll use the third-party API, ZipCodeAPI.com. You can register for an account and get a free API key. You can also choose to use the test API key in the example, although it expires after some hours.
For this example, we have stored the API keys and zipCodeURL in an environment variable and called them ZIPCODE_API_KEY and ZIPCODE_API_URL, respectively.
So let’s go ahead and construct our microservice with the code below:
We first load the request package to process the external HTTP request, and then load the API Key and zipCodeURL from the environment variable.
In the find() function, we construct a request object and specify a callback function to call when the response is received. If our function has no errors and the response has an HTTP status 200, which means it’s a success, the body of the response is parsed and returned. If there are any failures, they are logged to the console, and the response of -1 is returned.

Similarly, hitting the /distance endpoint and passing it some values in the query string should produce an output as shown in the screenshot below.

That pretty much sums up how to build and use a microservice to find the distance between two ZIP codes.

Incorporating a database into your architecture

Congratulations, you have built a simple microservice using Node.js and Express. However, your microservice still needs to be connected to a database. Data persistence is one of the essential aspects of a microservice. Let's add Fauna as the database in your service.
Fauna is an auto-scalable, serverless, pay-per-usage database which makes it ideal for microservice architecture.
Head over to dashboard.fauna.com and create a new database. 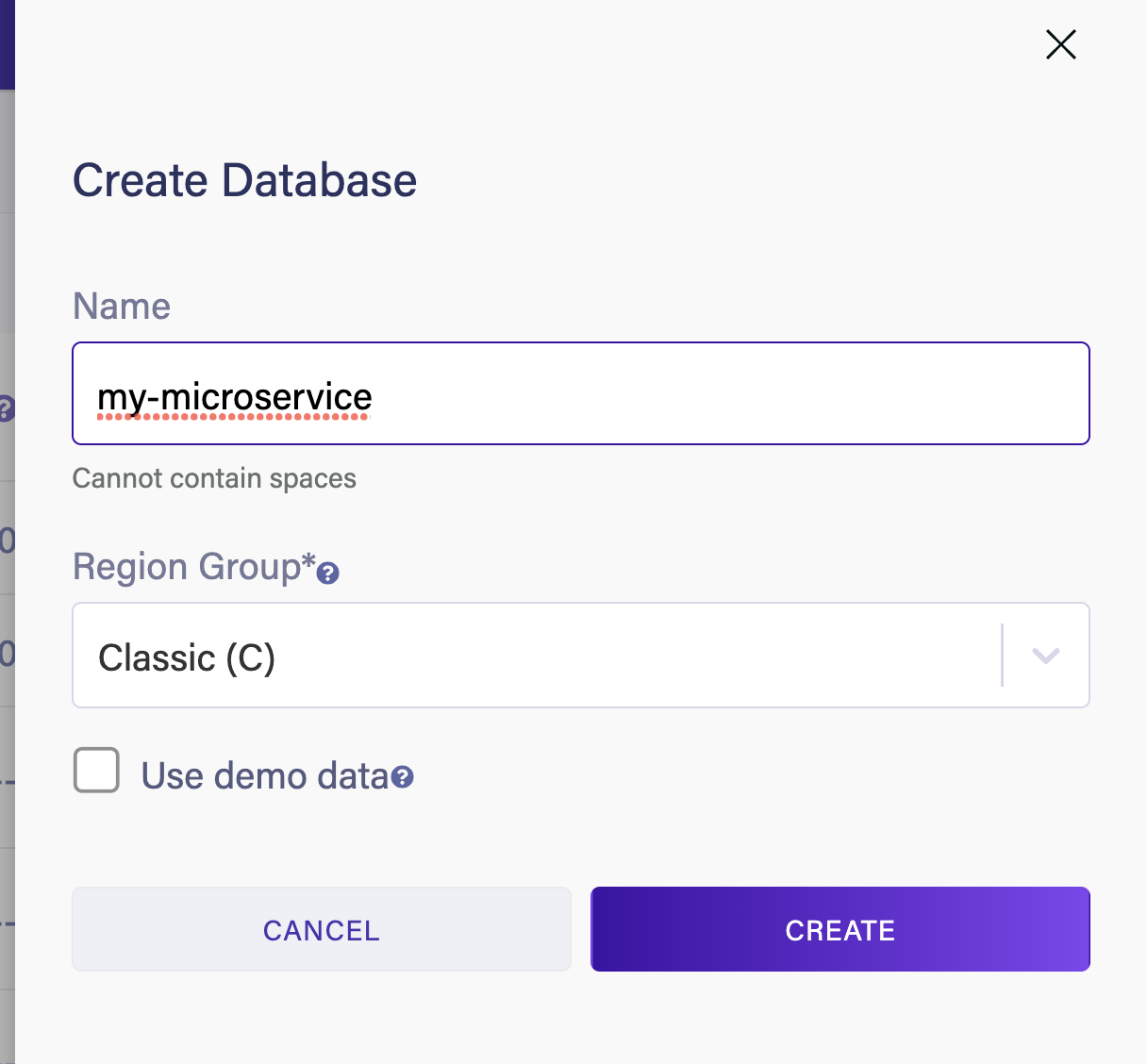 Next, create a new collection. You can call this collection Address. 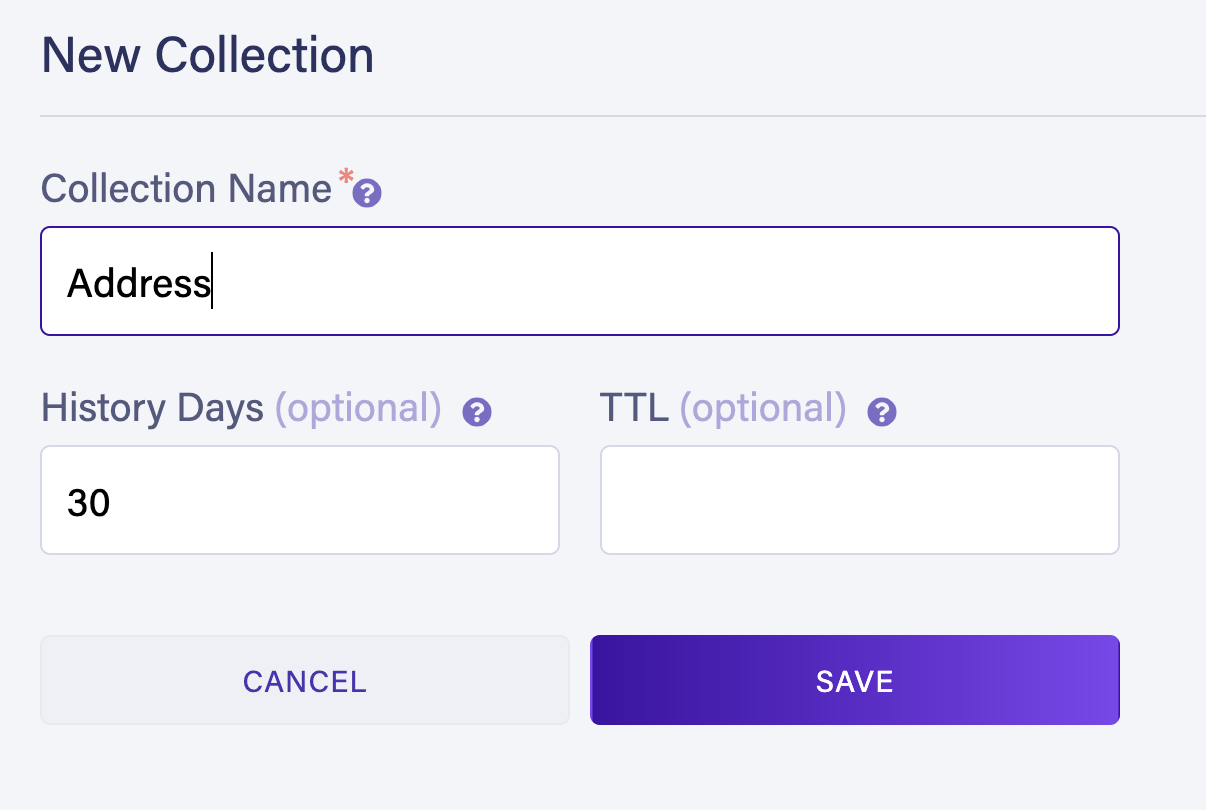 Finally, head over to Security and select New Key to generate a new secret for Fauna. You use this secret to connect to your database. 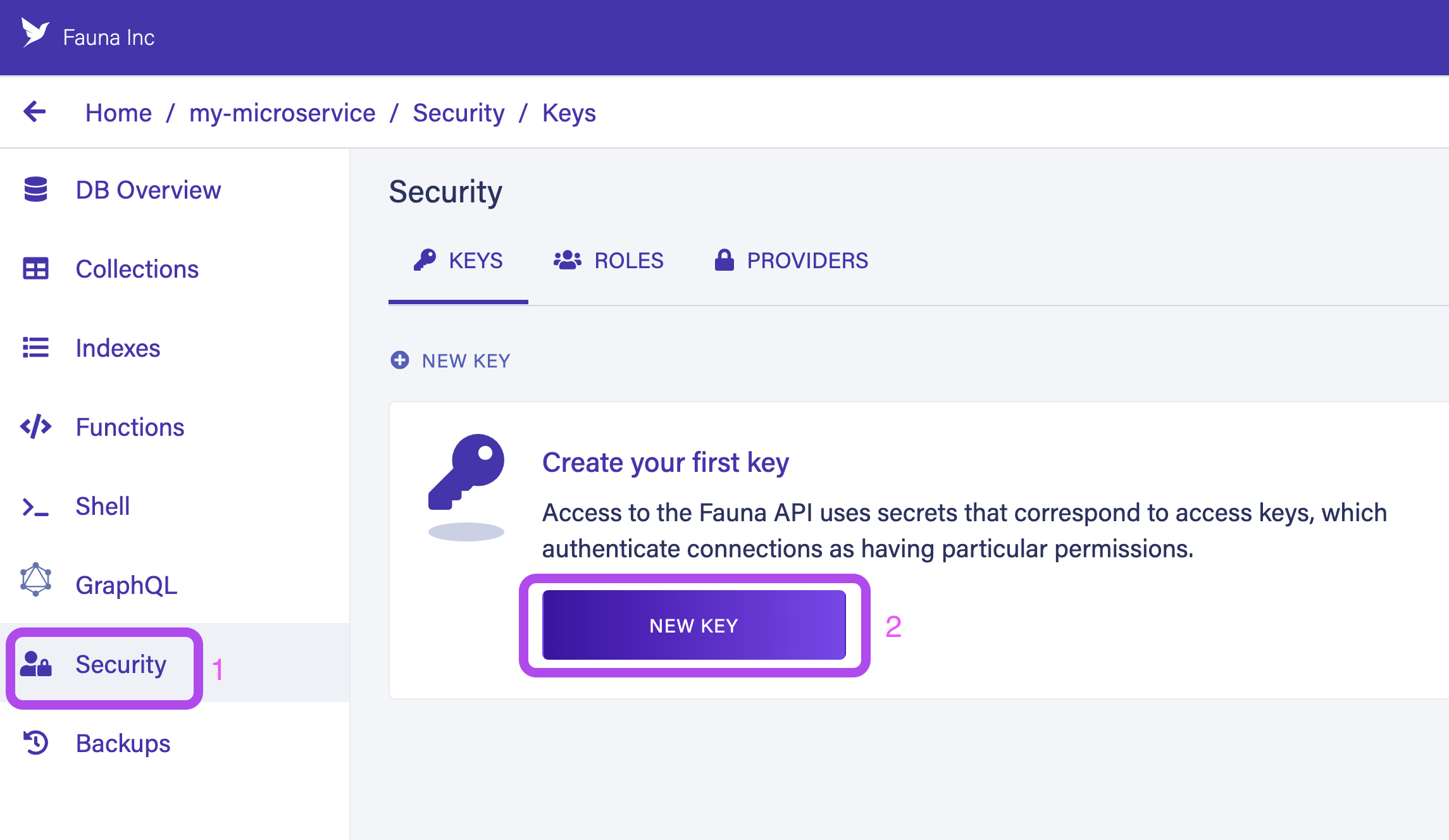 Make sure to select server as role while generating the secret. You can name your key anything you wish. 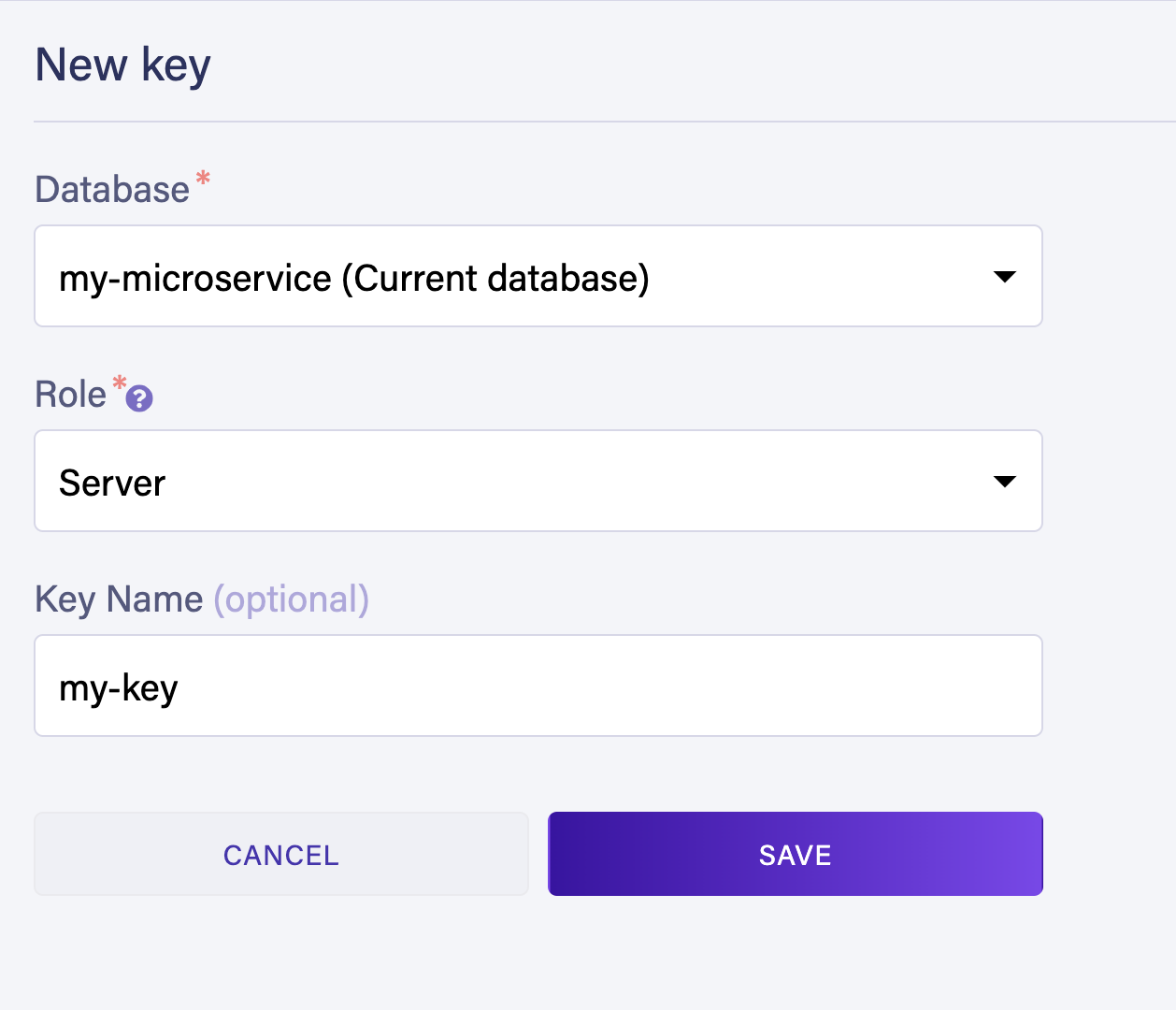 Save the generated key and head back to your code. Install the Fauna npm package to connect to your Fauna database in your project. Run the following command.
In your routes.js file, add a new /address route to save address.
Next, create a new function called saveAddress in your controller. You use the Fauna driver to create a new record in your collection inside this function.
Now, you have data persistence in your microservice application. Try creating a new record in the address collection by running the following CURL command.
Notice that a new record is created in your Fauna collection after you execute the command. Learn more about Fauna on the official documentation page.

The data API for modern applications is here. Sign-up for free without a credit card and get started instantly. Sign-up now

Try our quick start guide to get up and running with your first Fauna database, in only 5 minutes! Read more