In this article I will discuss some of the data protection issues related to data loss and how a developer can avoid or recover from them. While transactions play a large part in this I am going to focus on other types of data loss, such as catastrophic or schema loss.

One of the first data safety issues to explore is a catastrophic failure of a site, single business provider, geographical region. With today’s availability standards this is very important but often forgotten. Fauna keeps multiple live copies of the data on several geographically dispersed replicas on different cloud providers (see map below). Due to the Fauna’s ACID transactional consistency model (see Jepsen) the application can utilize any or all sites and achieve the same consistent results. In addition to the multiple copies of live data, Fauna has a built-in traditional backup to offsite storage. This allows Fauna to store the data and transaction logs in an encrypted offsite location. These files can be used to reconstruct Fauna entire cluster to the current point in time in case of a major catastrophic failure. 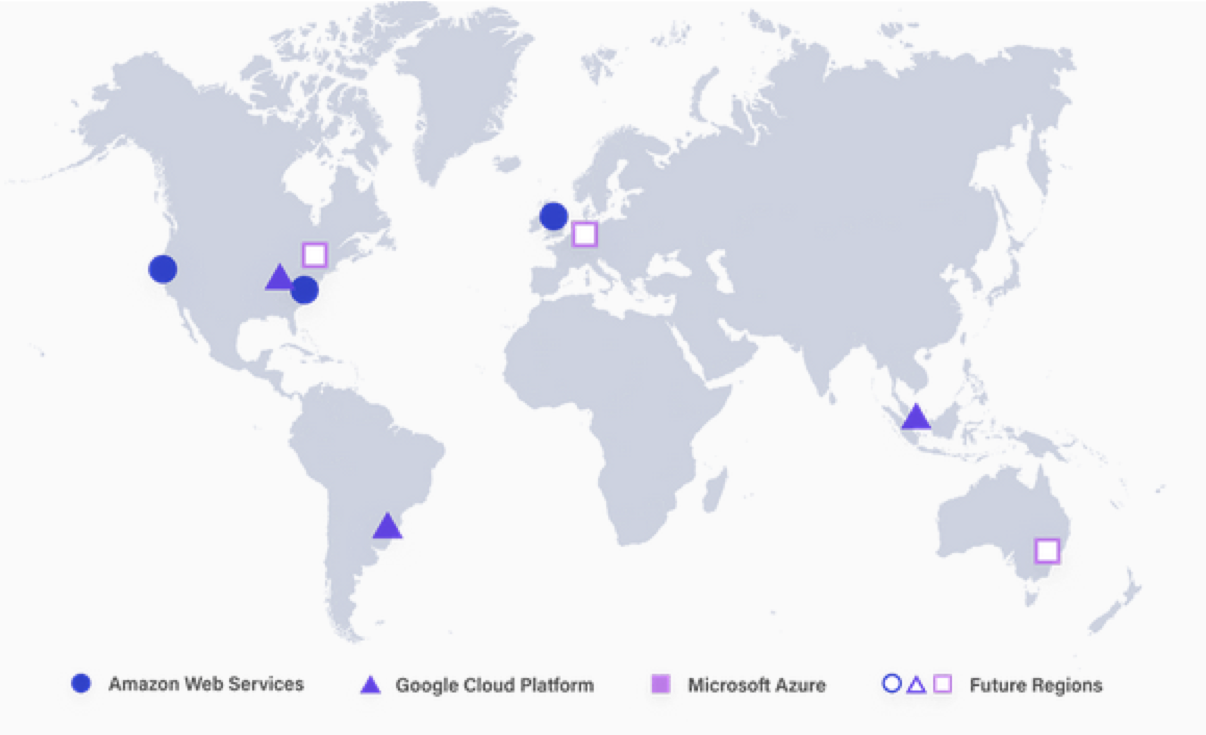 Another issue which often affects developers is the ability to restore accidentally removed or updated documents. In Fauna, this is simple because of Fauna’s temporal capabilities. This restoration of data can be accomplished in seconds utilizing only the Fauna FQL language and appropriate permissions. Let outline the three simple steps to Un-Delete your document in seconds:

While there are limits on how old the data is that can be undeleted, this is controlled by the developer when creating a collection (i.e. table) and defaults to 30 days. In many other databases the developer often has to contact a DBA to do some type of restore from offline media.

Data loss can also occur because of theft of data. First and foremost, all data, in monition on a public network or at rest on disk drives, is encrypted. Fauna has an elaborate security model intended for the cloud which can be read about in a previous blog post.

In addition, Fauna has a new security feature called Attribute-Based Access Control (ABAC). This is an alternative to an all-or-nothing security model and is commonly used in applications to restrict access to specific data based on the user’s role. ABAC is an extension of role-based access control (RBAC), where users are assigned roles that grant them specific privileges. The benefit of ABAC is that privileges can be dynamically determined based on attributes of the user, the documents to be accessed or modified, or context during a transaction (e.g. time of day).

While data loss is something that no one ever wants to experience, we all need to prepare for the event and have a plan for the various scenarios. Fauna’s cloud solution builds into the base architecture encryption and the ability to recover from catastrophic system failures. Fauna’s temporal nature to provide it users with an impressive ability to instantaneously recover data which might have been accidentally removed. Preparing for a data loss event is like having life insurance: you never want to use it, but your family is glad that you have it!